I just need U

Trusting his instincts and leaning into his faith spurred this veteran artist to make the most personal album of his career with The Elements. “I let go of worrying about the charts and if I’m good enough – things that come along with the business of artistry,” TobyMac says of his new approach. “The most important thing to me now is when I walk into a studio to record a song ‘does it make you feel something?’ And, is there a reason for it to exist in this world?”

IF I’M NOT OFFERING PEOPLE SOME WISDOM FROM THE JOURNEY THAT I’VE BEEN ON, THEN I MIGHT AS WELL HANG UP THE CLEATS.

Processing life as an artist, husband and father of five has continually fueled his work and made TobyMac one of the most successful innovators in any genre of music with 7 GRAMMY® Awards, 6 Gold Records from his solo career, an American Music award, twice named Artist of the year at the Dove awards, BMI songwriter of the year and numerous other accolades to his credit. “I just need U.,” the lead single from The Elements, spent 12 weeks at the top of the charts making it the fastest charting single of his career. “I knew it was something fresh for me from a lyrical standpoint,” he says. “I knew it was intriguing and said exactly what I wanted to say. There’s depth and maturity to it. At some point, you have to look up and say, ‘If I’m not offering people some wisdom from the journey that I’ve been on, then I might as well hang up the cleats.’ It’s my responsibility to offer people wisdom from the road I’ve traveled. That’s what I’m supposed to do. I have to depth to offer right now.”

TobyMac admits that in the past he’s been “the king of the features,” as he usually includes multiple special guests on his albums, but The Elements is different. “I do truly love collaboration,” he says, “but these songs are so personal, it was hard for me to imagine someone else singing the lyrics.

Among the most personal songs on the record, and one of TobyMac’s very favorites, is “Scars.” “I love ‘Scars.’ It is a different melody for me. It was kind of cool to keep it real low key,” he says. “It’s the closest song to me on the record. I had a few people in mind when I wrote it, but subconsciously I started focusing on my first-born son. For the first time in my life I found myself sending ships of out the harbor … up to now our family and home have been the harbor. The people I love the most are going out there facing all the pain, struggle and temptation this crazy world brings. It can be so hard to watch. I’m very aware of the scars that come with life’s journey but sometimes we insulate those from our children—so to see them go out and there and do this real world is painful. I wanted to let him know that I’m here for him and even bigger than that, God is there for him. You are not alone—so lift your head up my son—to where your help comes from.”

“Starts with Me” is one of those very personal offerings, and yet he knew it would be even stronger with another voice. He invited Aaron Cole to join in and each man shares their unique perspective on race and family legacy. “I think that coming from both perspectives is important,” he notes. “We say some bold things about how we’re all reared, and about the households we were raised in. The type of things that were passed down to us from generation to generation. We weren’t shy about saying exactly what we both experienced, but at the end of the day we agreed on the importance of confession, repentance, and forgiveness. And it has to start with me. I really believe that individual change leads to societal change–relationships with people who are not like us is where the change begins. These relationships are not the sole answer, but they will lead us to the answers. That is how we will change the culture.”

“RISE UP AGAINST THE ELEMENTS”

For everyone out there in the world braving the elements, TobyMac has served up a musical invitation to stand firm and let go of the worry that can beat a soul down. To find strength in faith and love in family. “I want to write songs that move people toward each other, out of isolation and into dialog, I want to encourage people to rise up against the elements.” 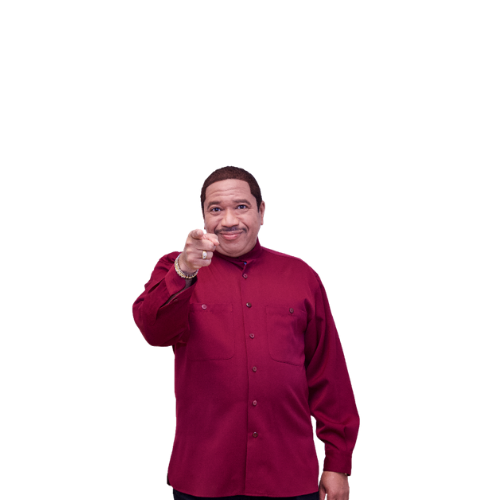 The Everlasting Message of Grace delves into the archives of Dr. Rickey Singleton's teaching ministry to bring you some of his most popular teachings [...] 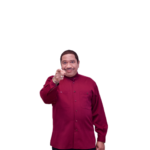