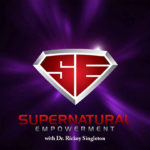 Few entertainers today can match the unbridled energy and creative passion that Tamela Mann brings to her multi-faceted career. An acclaimed actress, NAACP Image Award nominee and Dove Award-winning vocalist as well as wife and mother, Mann’s talent has helped anchor one of the industry’s most successful film, TV and theatrical franchises, while her amazing vocal gift is at the top of her impressive resume.

Tamela seems to effortlessly juggle a variety of notable projects while still finding time to aid such worthy organizations as the American Diabetes Assn. 2012 looks to be a memorable year for Mann as she’ll be seen with Jordan Sparks and Whitney Houston in the upcoming film “Sparkle,” she and her husband, NAACP Image award winning actor and comedian, David Mann will co-host a new lifestyle and cooking TV “Hanging With The Manns,” and she’s releasing a new album, “Best Days”.

“I want to present music that people can be blessed by and that can be healing,” she says about her new record. “We have to put music out to keep people encouraged and keep lifting the body of Christ up, and even the ones that haven’t become Christians. We need to encourage them that the best thing that they could ever do is become a child of God.”

With “Best Days,” Tamela is on a mission to share the strength and joy that can be found in being a child of God. Produced by Myron Butler, the project showcases Mann’s powerful voice and her gift for wringing every ounce of emotion from a great lyric. The title track, penned by Butler, is a jubilant celebration of God’s promises. “It’s a very encouraging song. It gives a lot of hope,” Tamela says. “It’s about looking back on your past and not letting your past take over your life. You can see the light at the end of the tunnel. Things will be better.”

That positive, life-affirming attitude is not only the focal point of Tamela’s new album, it’s at the heart of everything she does. Whether she’s starring in a film, a play or on television with her husband David in the successful TBS comedy “Meet the Browns,” or recording a Dove Award-winning album, the singer continually touches people with her impressive talent and her Christ-like spirit.

Faith has always been the foundation of Tamela’s life. “It was all about faith and all about God in my mom’s house,” She recalls of growing up in Fort Worth, Texas as the youngest of 14 kids. “We couldn’t listen to like R&B or blues. My mom would say, ‘You can’t listen to those blues in my house.’ She was really strict, but we listened to a lot of gospel music—The Clark Sisters, Andrae’ Crouch, Walter Hawkins, The Williams Brothers and Inez Andrews.”

Tamela knew at an early age that she was called to music ministry. “When I was eight-years-old, I was going to youth choir rehearsals with my older siblings, and I would start learning the songs that they were singing. I noticed myself scooting up closer and closer to the choir stand, singing with the choir. I jumped in there and started singing soprano right off.”

Though she was young, her voice caught the attention of the choir director and her uncle, who was the pastor. “I had an opportunity to sing the lead and the song was James Cleveland’s ‘I Don’t Feel No Ways Tired.’ It went over so well and I got so moved while I was singing the song, I started crying. I didn’t know what it was at the time, being so young, but it was like the spirit of God would take me over every time that I would sing. I found out that singing was my passion.”

By the time she was 12, she was in the singing choir at the Holy Tabernacle church. Shortly after high school, she met three young men that would change her life forever. David Mann became her husband Darrell Blair who is now her pastor, and their pal Kirk Franklin, who helped launch Tamela’s singing career when he recruited her to be part of his groundbreaking group, The Family. Tamela sang on five of Franklin’s albums and has fond memories of those days. “I look at all of us and just how God has blessed us in different areas,” she says. “We’re going on and doing our own things. We’re all still serving the Lord which is really a blessing.”

After her stint with The Family, God continued to open doors for Mann to serve him in the arts. She landed a role in the play “He Say. . .She Say. . .But What Does God Say?” Her stage skills were noticed by actor/writer/producer Tyler Perry who chose her to appear in his play, “I Can Do Bad All By Myself.” From there her acting career escalated as she developed the role of Cora Simmons in Perry’s plays and such films as “Diary of a Mad Black Woman,” “Madea Goes to Jail” and 2011’s “Madea’s Big Happy Family.” The Madea films have become one of Hollywood’s most successful film franchises and Mann’s portrayal of ‘Cora Simmons’ has become a cornerstone of the series.

Tamela has also taken ‘Cora’ into America’s living rooms via the television screen, co-starring with her husband David in the #1 TBS series, “Meet the Browns.” Yet even as she’s become increasingly successful as an actress, Mann’s passion for music has never diminished. She’s recorded four highly acclaimed albums, including “The Master Plan,” which won the 2011 Dove Award for Traditional Gospel Album of the Year and was nominated for an NAACP Image award.

Though an award winning project might cause some artists to feel pressure when they enter the studio to record their follow up album, Tamela just felt excited and motivated to take her music to another level, and she does just that on “Best Days.”  “I take no glory. I take no merit for myself because it all comes from Him,” Mann says. “Everything that I am comes from Him. The Lord gives me words and the most fulfilling part is that I can plant a seed of joy and hope for people that I’ve never met.”

Among Tamela’s favorite songs on the new album is “All To Thee.” “That is a worship song that says, ‘Less of me, more of thee, all the glory and all the honor belongs to you .’ The lyrics make me cry because they remind me that it’s not about me,” she says. “It’s all about Him and I just want to be able to give everything that I have to Him.”

“Back in the Day Praise” is a nostalgic tune that takes Tamela back to her roots. “When I was growing up we’d have a lot of tent revivals,” she says, “and it’s talking about all the things we did back in the day and how when people would go to church they would kneel and pray. It’s a reminder of how we used to praise God.”

“Guest of Honor” is a modern worship anthem about treating the Lord as an invited guest. “Some of lyrics say, ‘Here we are Lord. We are waiting for your arrival.’ It’s another one of my favorite songs on this album,” she states. Tamela is also excited about her daughters, Tia and Tiffany, making their recording debut on “Best Days.” “I’m so excited for people to hear them.”

Tamela Mann has been blessed with a busy life filled with faith, family and a rewarding career. She and David have been happily married for 24 years and have four children and seven grandchildren. The couple serves as spokespeople for the American Diabetes Association, helping educate people on healthy food choices and the importance of exercise. They also incorporate tips into “Hanging with the Manns,” a new cooking show the couple is co-hosting. They revel in the opportunity to work together on different projects. “We started out as best friends and we tell each other everything,” she says of what keeps her marriage strong. “Everything that we have accomplished has been together and it’s just really a blessing.”

The Mann’s home base remains in Texas and they are active in their church. “I’m always involved in church when I’m home,” she says. “When we have activities, I’m the decorator. I always decorate the fellowship hall. I really like being involved and I think it’s important because the pastors need laborers. They don’t just need members. They need laborers. It’s very important to come and be a part of actual fellowship and be a part of activities.”

As much as she loves being home, she also loves touring and ministering to people all over the world through her music. “That’s where I find my joy, when I can sing and minister to people,” she says, “because I see the hope and encouragement that it gives people. It’s something that I will do until I die. I will do this until the Lord calls me home because this is one sure way that I know I can tell people about Him so He can be glorified. I’ll never stop because I love it so much.” 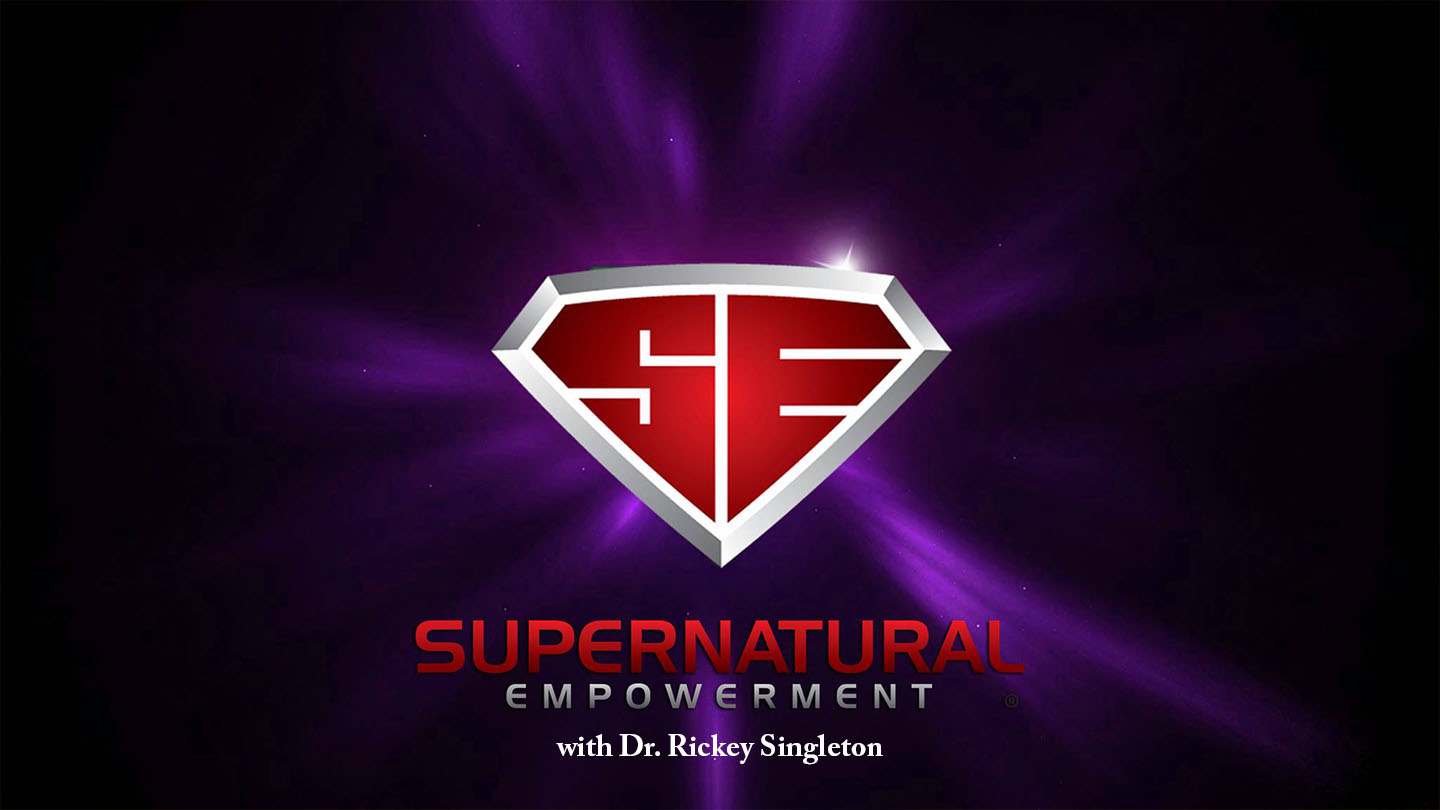 Put some super on your natural!

Supernatural Empowerment is the teaching ministry of Dr. Rickey Singleton.